To book Kevin as a motivational speaker, either email kevinianmurray@icloud.com or telephone +447770381120

Kevin Murray specializes in helping leaders to be more effective and inspiring. 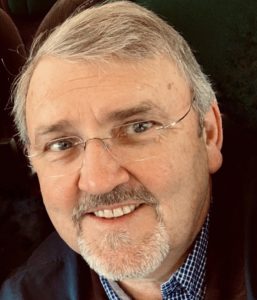 He has advised leadership teams for three decades, and has worked across a wide variety of sectors, helping those leaders to deal with significant change programmes and other business challenges including, sometimes, managing crises.

He has also provided personal coaching for many of those leaders and worked with them to create greater strategic alignment among their top managers, and more engaged staff.

Kevin has interviewed more than 120 CEOs for his research and has commissioned several groundbreaking studies to understand what most inspires employees. As a result of his books and research, Kevin now gives talks and workshops on leadership around the world.

He was himself a successful businessman, having – for 20 years – led the companies in the public relations division of Chime Communications, a global communications group. He has 46 years of experience in communications and business, first as a journalist, then in corporate communications, and finally in consultancy. He was Director of Communications for British Airways, and before that Director of Corporate Affairs for the United Kingdom Atomic Energy Authority (AEA). He is now Chairman of Frilford Heath Golf Club, a 54-hole golf venue in Oxfordshire, England.

He started his career in 1973 as a crime reporter on The Star newspaper in South Africa, and has also written a chart-topping crime novel, Blood of The Rose.

Connect with Kevin on Linkedin